A suite of octophonic songs... composed for a social dance that takes place within a circle created by eight vehicles and inspired by a collection of pseudo-apocolyptic events 19th century sometimes referred to as "The Great Disappointment."

Review: (Village Voice, August 22nd, 2006) "The drivers, their passengers, and residents of the town danced to the uncanny music, in the center of a circle illuminated by headlights. While the performance piece, inspired in part by similar dance parties held throughout Texas in the 1960s, was meant to be experienced, the home video is both touching and a bit eerie." 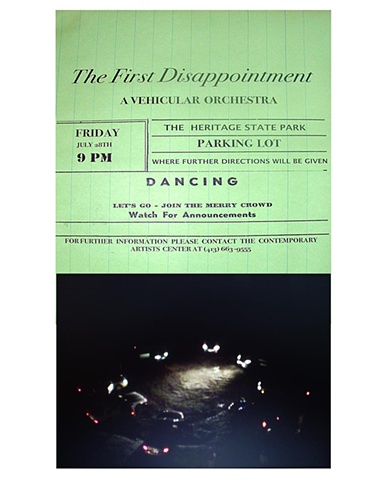